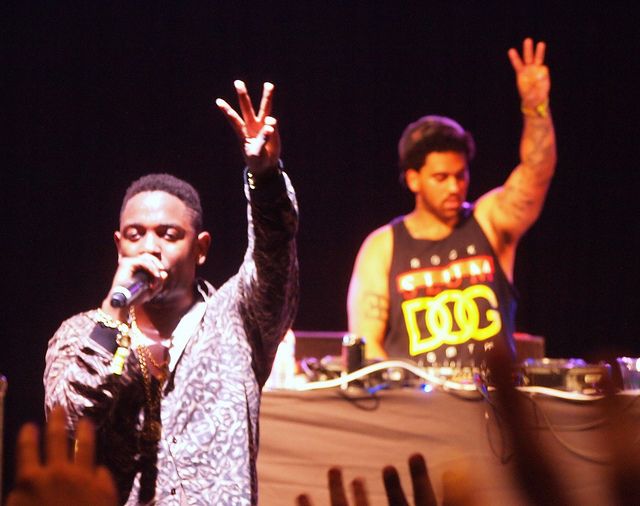 At only 25 years of age, Lamar has been active since 2003, and has released two studio albums (“Section.80” in 2011 and “Good Kid, M.A.A.D City” in 2012), as well five mixtapes. Lamar is signed to three labels in a joint venture; Top Dawg Entertainment, Aftermath and Interscope Records.

As well as his solo career, which took off after his 2010 mixtape “Overly Dedicated”, Lamar is also a member of hip hop supergroup Black Hippy, alongside rappers Jay Rock, Schoolboy Q and Ab-Soul.

Lamar is the No.1 MC according to MTVs 2013 list of “Hottest MC in the Game”, beating the likes of Kanye West, 2 Chainz and Nas.